+ -
Scientific name: Clathrus archeri
This smelly, strange looking fungus is also referred to as octopus stinkhorn or octopus fungus. Its eye-catching red tentacles splay out like a starfish.

Rare in the UK

The species is from the southern hemisphere and was first discovered in Britain in 1914. The devil’s fingers fungus hatches from a slimy, gelatinous ‘egg’. As it grows, the tentacle-like arms start to protrude. The bright red colour of this fungus makes it easy to spot although it is fairly rare in the UK. Related to the stinkhorns it has a strong and unpleasant smell.

What to look for

About 5cm high, tentacles can be up to 7cm long. Usually there are at least 3 or 4 tentacles. Often found amongst leaf litter under trees or in parks and gardens.

Scarce in the UK

This fungus smells like rotting flesh which attract insects to arms where the spores are found. The spores are then spread by the visiting insects. 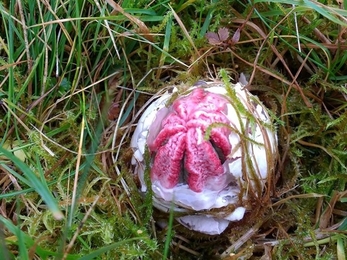 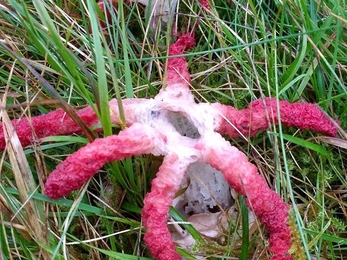 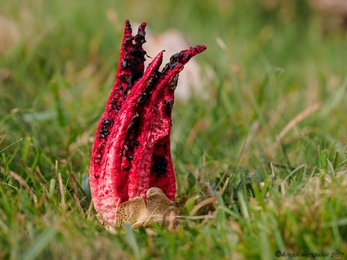